I had planned a feast night for myself for completing the no added sugar challenge for the month of November. Fortunately the 1st of December was a Saturday which was perfect for my plans. My fiancé was out of town, so that’s why it was a dinner for one. And if you know me, I don’t do anything basic or regular in terms of food/baking. I always want to try something new and challenge myself. This was no different. I wanted to try to do wannabe fine dining dinner.

So this all began actually when I was hooked on to The Final Table on Netflix. I highly recommend you to watch it if you like cooking shows. The concept of the show was fun but towards the end it was a bit repetitive and boring. My favorite team was the Aussie team, Mark Best and Shane Osborn. I took some inspiration from that show as well as from Pinterest and YouTube videos. I decided to do just one dish so that I can try new recipes. Although in the end, I had a dessert which was candies. 😉And that was a bit of a mistake, sugar overload after restricting sugar from your diet for a month isn’t the greatest idea.

So I decided to cook duck breast with truffle mushroom mousse and some other bits and bobs.

Tuiles are really easy and simple to make. You will need 90 g of water, 10 g of flour and black gel color (you can add some flavoring with baking oils/flavoring, if desired). Combine all ingredients in a bowl and mix well. Add generous amount, about 2 tbsp, of oil to a pan and let it heat up. When pan is heated up, add some of the batter to the pan. Let the batter crisp up and harden. Remove from the pan and place on top of a paper towel to get rid of the excess oil.

I accidentally came across SauceRobert’s channel and found out that you can make powder out of vegetables. Here’s the video. So for me I used about 4 whole beetroots with skins, added olive oil, salt flakes, freshly grounded pepper and wrapped them to foil and baked them in the oven for about 40 minutes in 175 °C degrees.

After that you want to blend them in a blender or with a hand-held blender. Sieve the mixture with fine sieve. You need to get as much of the excess moisture off from the mixture as you can. Then spread the mixture to a silicon mat (or just parchment paper) and put back to oven to the lowest temperature, which was 50 °C in my oven, for at least 8 hours. When the remaining moisture in evaporated and the mixture has hardened, break the sheet into pieces and ground them up in a coffee bean grounder or herb grounder.

I started off peeling and slicing the ginger to somewhat cubes. After that I measured same amount (180 g) of sugar and water to a saucepan and bringing it to a low boil, added the ginger cubes and let that simmer for about 30-50 minutes until the gingers are a bit golden as well the water and sugar mixture has turned to a thicker syrup.

Transfer the ginger pieces to oiled glass dish and bake in the oven in a low temperature (50 °C) for about 30 minutes. You can keep the ginger infused syrup for later. Keep the ready crystalized ginger pieces in an airtight container.

In the meanwhile when the pickling juice is simmering, you can wash, core and slice 2 apples to fine slices. You can add the apple slices to a bowl and add 2 star anis pods with the apples. Pour the pickling juice through a sieve to the bowl and add the cinnamon sticks back to the bowl. Cover up with plastic wrap and let the mixture cool to room temperature. After cooling pour the apples, pickling juice and cinnamon sticks and anis pods to a mason jar and refrigerate. These will be good for about 3 weeks.

Zest 1 lime. Mix in a container the juice of a 1 lime, 6 drops of green Tabasco sauce (you can add more if wanted) and 1/3 tsp of Dijon mustard. Mix well and pour to another container through a sieve. Add the lime zest to the sauce, mix and refrigerate.

This was so easy and so delicious! I chopped up about 200 g of champignons and added about 1 tbsp of truffle oil, some salt and pepper and the mushrooms to a pan. Sauté the mushrooms in the oil and cook down the moisture that comes out of the mushrooms and let them cool completely. In a separate bowl add 115 g of cream cheese and soften it with stand mixer. Then add 115 g of sour cream, 3 tbsp of heavy cream, 1 tbsp of lemon juice, pinch of salt and pepper to the mixture and mix well for about 2 minutes until airy. Finally fold the sautéed mushrooms in to the mousse. Refrigerate until used.

For the duck breast I used, once again, Gordon Ramsay’s recipe on cooking duck perfectly. I found this recipe from YouTube, video in here. As Gordon Ramsay says in the beginning “never be scared about cooking this  bird”, I’m sorry to say this but I was scared. 😂

First off I started with preheating the oven to 200 °C and I added salt and freshly grounded pepper to the duck for the both sides. Then I started to cook the duck, I added the duck skin side down to a cold pan. I let the skin crisp up and I flip the duck when I see that the skin has released the fat. Seal the other side as well in a high heat and put the duck in to the oven (skin side down) in the pan for about 20 minutes. The duck breast that I used was way more thicker than Ramsay’s. Then let them rest and cool down.

I think I butchered that duck completely. 😅 It was way over cooked and the skin was not as crispy as I would have liked. And the moisture was totally gone.. Still I ate it and it was bloody good! Next time I will get smaller pieces of duck breasts and will do better, hopefully.

The beetroot powder took a bit more time than I was expecting. I will be trying to do other powder from other ingredients. Also the duck breast was surprisingly hard to cook. I don’t have much experience on poultry other than chicken and turkey. I also messed up a bit with the cooking time, because the pieces were quite big. Cooking meat isn’t my expertise but I still try to manage.

Do you have some pointers on cooking a duck? Would you recreate any of these recipes? Comment below! ☺️ 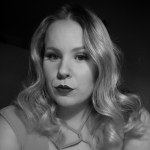